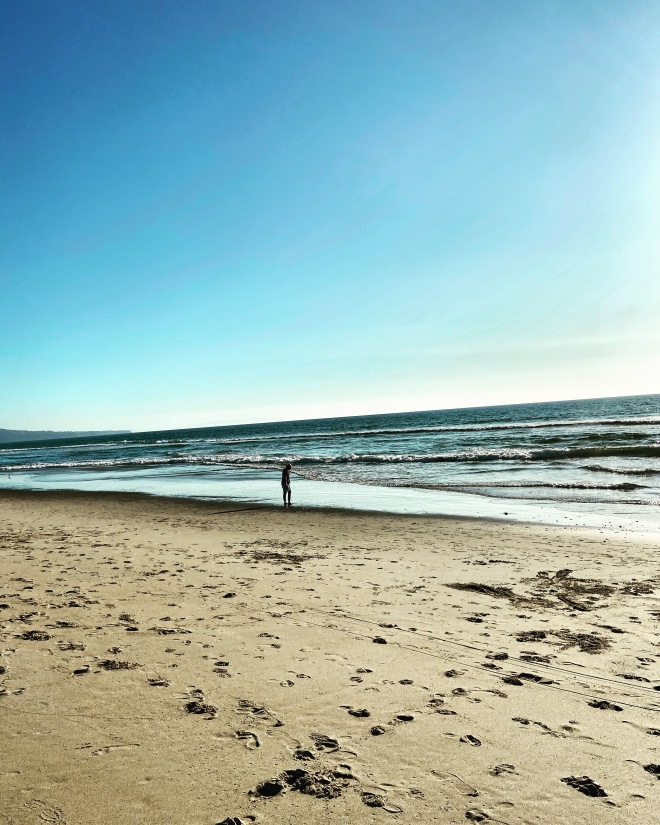 Recovery is less a destination, than it is a journey.

I couldn’t walk without a walker.

I had little to no control over my own body.

I could speak and move, but that was about it.

September is Suicide Awareness Month. I suppose that means it’s now socially acceptable to talk about it. Or have I made you uncomfortable already? Perhaps you should lean into that — the discomfort. Regardless, I’ve seen so much written about prevention this month, just as I have over the years. But what I’ve never seen anything about — is recovery.

Maybe it’s the sensationalism of it all, and I’m not sure there’s any way around that. We, as humans, are drawn to chaos, drama, and anything but the mundane. In America, we drown under a 24/7 news cycle. Do you believe in the Law of Attraction? Well, Tr*mp was elected, and of course he was. Did we not glorify him and reality television for years? What about Kanye—how many jokes and memes are created when he does something off the wall? In America, we don’t show compassion for poor mental health—we laugh about it.

I say we loosely here. But you get the point.

The bottom line is that little is done, as a society, to promote proper mental health. Perhaps if it was, we need not talk so much about suicide.

Here’s what happened after my suicide attempt:

I spent three days recovering in the hospital—never to be left alone—under suicide and seizure watch, unable to stop my body from shaking, unable to walk or bathe without assistance, and other TMI physical problems I need not spell out. I then spent an additional day and a half at a mental health recovery center. My roommate was an addict with Dissociative Identity Disorder. I feel better for knowing her.

And then the crème de la crème, the most unbearable of all: I had it used against me legally, as if it had all been a ploy, as if being suicidal meant I would harm anyone but myself. And just for kicks, I found out about this three days after the death of my father. The damning words had been dated February 20—the day he slipped on the ice. How’s that for cruel poetry?

But now what? How am I now—eight months after I swallowed those pills?

These days, I write a lot about depression and grief. Why? It eases my own, and perhaps helps someone who stumbles across my words. I am not my depression, nor are you yours, and there should be no stigma around it. But depression is not what led me to impulsively attempt to end my life that night. It was heartbreak—an anguishing pain so raw that even time can’t touch it. And as my therapist likes to remind me: that heartbreak is also grief. It is a loss. And that woman who I’ve spent years in a tangled mess of destruction with; well, it feels like I’ve been mourning her since the day I laid eyes on her. But perhaps we wouldn’t have gotten to the point we had, if I’d sooner taken care of my mental health.

But I didn’t, and so eight months after those pills slid down my throat, I am still grieving.

Grief is a tidal wave, washing over everything in its path. And to those who felt the water, I am sorry. But I can’t say were I to repeat that day, my actions would have been any different. I felt what I felt. And I did what I did because of it.

But now, we recover. Because recovery doesn’t end when you’re released from the hospital after a suicide attempt, it begins.

Because a survived suicide is a trauma—to the life that was almost lost, and to the lives directly affected. And I’ve healed enough to not blame those who mishandled mine, to not judge or belittle the trauma my actions inflicted upon them. How could I? I’ve looked at my own reflection hard enough.

Recovery from a trauma ebbs and flows, but by contrast, we live in a world where time is linear; we can’t go back; we can’t erase what happened. All we can do is move forward. Even if we insist on staying in the same place, the waves will carry us along eventually, so we might as well have some say in where we’re going.

I am doing better now than ever before. But it scares me sometimes, how much I still think about suicide.* The Law of Attraction, remember? I know I want to live. I know I am worthy of a wonderful, fulfilling life. But I hadn’t felt suicidal the day I attempted suicide. I just did it. I just wanted it to be over. I wanted to stop my own pain, and to stop hurting the woman I love. But all I did was hurt us even more. Needless to say, suicide can’t be the answer.

I did not do what I did for attention, nor is that why I write these words. On April 12, 2019, I tweeted: re: social media behavior: people who are depressed/in severe emotional pain are not seeking attention, they are seeking help. learn to spot the difference. And so I ask you now to be gentle and kind to those in your path, to offer an ear or a shoulder. And I ask you to not judge, assume, or belittle whatever they are going through.

If suicide is on your mind, seeking help isn’t easy. I know that. But please, try. My personal mantra is: Let tomorrow come. And I offer that to you now. Please, let tomorrow come. There’s so much to love about being human.

You are so very worthy.

*No need to be concerned about me. I’ve got some things to do. I’m not going anywhere quite yet.